This article explains the concept of translation memory tiers, outlines the principles of the TM match usage calculation, and demonstrates how to monitor and manage your allocated amount of TM matches in the Smartcat console.

What are translation memory match tiers?

Translation memory match tiers are a way to categorize users according to how extensively they use the translation memory (TM) match functionality inside Smartcat. Each Smartcat subscription plan has a corresponding TM match tier. They are measured by the number of words you can insert or pretranslate from translation memories within one calendar month.

The tiers do not affect the storage of translation memories: Smartcat allows for unlimited TM storage in all accounts, including the free ones, along with unlimited users, projects, and words.

The tiers are not applicable to freelancer accounts.

What is the TM match usage count logic?

On the first day of each month, a monthly quota of TM words is allocated and the backward wordcount begins. The logic applied to the wordcount is as follows:

How exactly does this work in the interface?

As you approach the amount of TM matches outlined in your plan, you will be notified in advance that an upgrade will be required to continue using TM matches: 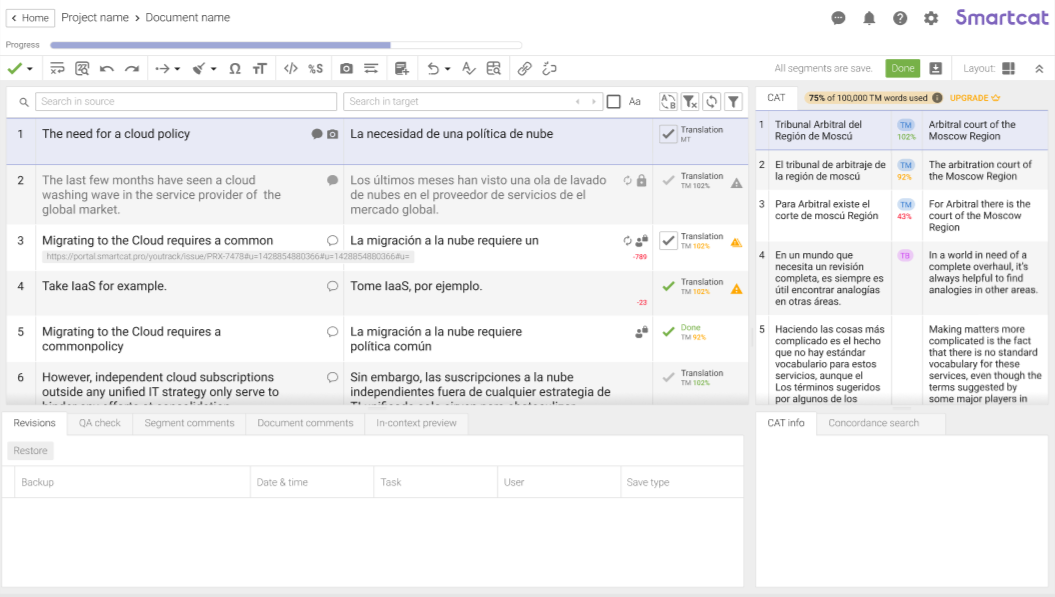 Your linguists will not see the amount of the remaining TM matches, but they will still see a warning, color-coded according to the remaining amount: 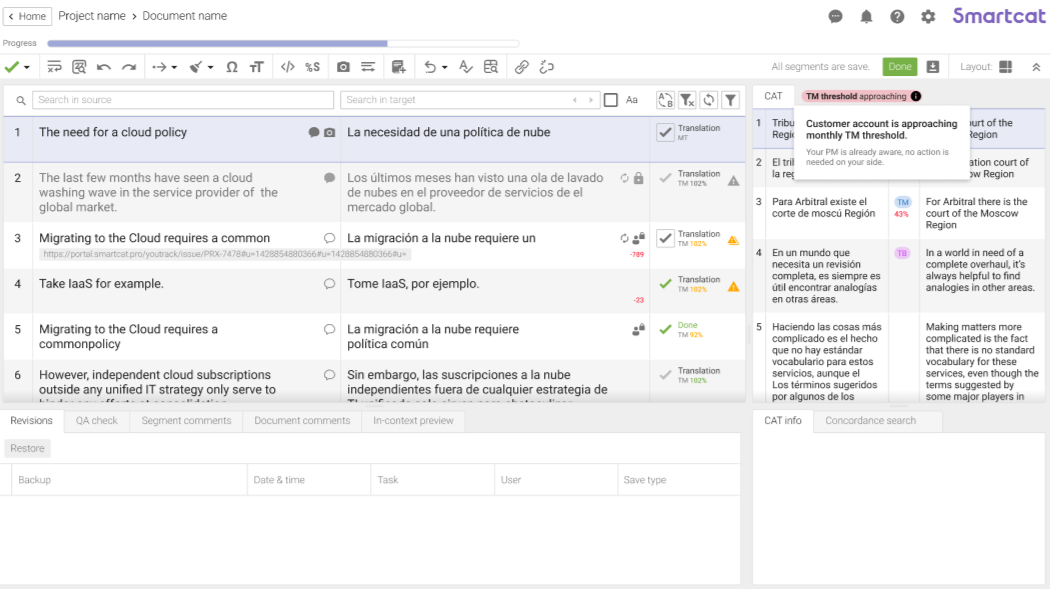 Once your monthly quota usage has reached 100%, you will not be able to see the content of your TM matches. However, you will still see whether matches exist and what their respective match percentages are. 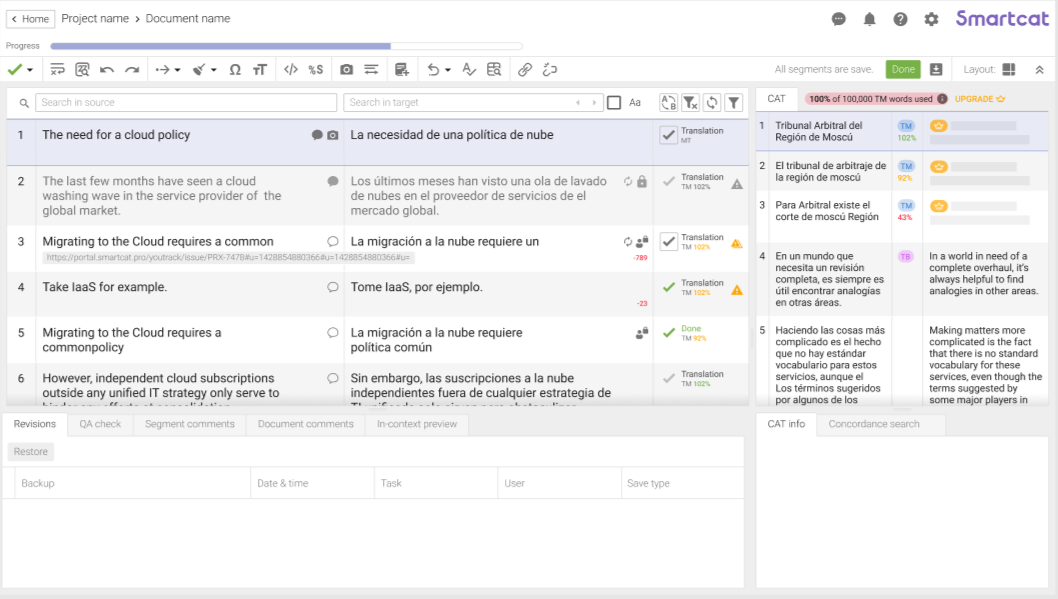 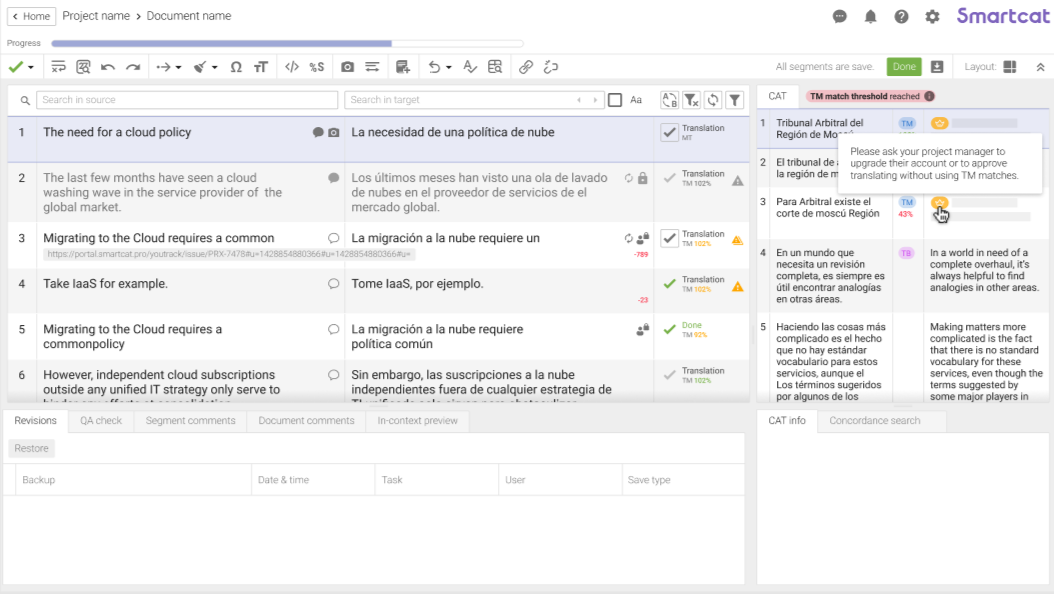 Even if you have exceeded the quota, you can still add new content to your TMs by translating and confirming segments as usual. Concordance search will not be affected either, so your team can keep using it to find the right terminology for the source content. Prestranslation, however, will be affected. As explained above, any pretranslation from a TM deducts from the monthly quota. If your quota is reached, pretranslation from TMs will be unavailable.

Deleting or overwriting a translation memory

How to translate video

How to translate XLIFF file

Do you need a human-assisted guidance? 🙌